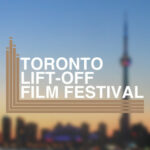 📽🎉Amazing news! Our videoclip “Roble para el corazón (Wood)” got selected for the Toronto Lift-Off Film Festival 2021!
The Lift-Off Film Festival Global Network is the only worldwide exchange of true independent cinema. Supporting grassroots filmmakers on their quest into the film industry. Lift-Off Global Network is based at one of the most famous film studios on the planet. Their headquarters at Pinewood Studios in the UK is at the heart of the film industry.
➡Watch our new video on YouTube
➡Save “Roble para el Corazón” into your Spotify playlist.
➡Purchase your physical copy on Bandcamp!

We have a brand new videoclip!  Roble para el corazón (Wood) is extracted from the album “Solar Time’s Fables” (2017).

Read the synopsis here down below:

Time consumes us all! Grain by grain the seconds slip away from our hands.

Harlequin is lost in her dreams, looking for the perfect mask to fit in the hidden world she finds herself… ignoring the evil that awaits her.

And you? Which masquerade will you wear today to fit as a character in this theater called world?

Harlequin lies down on the soil covered by dried leaves. She wakes up in a hidden garden. She looks up and sees masks hanging on the branches of a robust tree. She stands up and tries some of them. Every second that passes makes her get even more lost into the dream’s world. Tiny dancing fairy creatures distract her from reality. She will soon have to pay the price of her naivety.

Hathor is an evil creature that controls space-time. She attacks her victims with illusory visions to the dream’s realm she rules. At the moment that the last grain of sand falls down, Hathor’s hourglass turns into Harlequin’s bloody heart, which she morbidly tastes bite by bite. Hathor puts the heart’s remnants away when she is fullfilled. Surprisingly this discarded heart starts to bloom. Meanwhile, Harlequin lies down dead on the floor and Hathor maintains the spell with her claws until the last moment. We see dust particles rising up from Harlequin’s body like if it’s her soul rising up.

Life is seen as a search for masks that are accepted by society. It eventually makes the individual impersonal until he or she succumbs.

Find the strength to be reborn and blossom again with a stronger heart.

This videoclip was produced during the lockdown this year. Between February and June 2021. It was written as a student project, having in consideration all the difficulties of having only 2 crew members (just my husband and I).
Being myself not only the actress but taking part of the whole pre-production and post-production process taught me how to work efficiently and to have my goals very clear in order to achieve the final result.

It gave me also a very good lesson: creativity blooms as its best during difficult times and with few resources. This was the most challeging, yet the most satisfactory video production I had until now!

I’m glad I didn’t give up during this difficult year and that I followed my teacher’s and classmates encouraging words. I’d like the whole band to be involved in this production, of course but sometime’s wonderful ideas can also come out from very difficult and unexpected situations. This shortfilm is the prove of that.

I’m glad I can share this work with you and I hope you enjoy it.

Save “Roble para el Corazón” into your Spotify playlist.

Purchase your physical copy on Bandcamp.