Christmas Times And Roadmap Towards The Horizon.

Christmas Times And Roadmap Towards The Horizon. 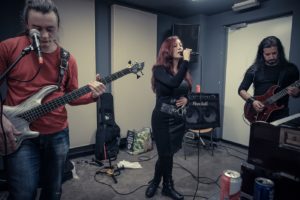 The end of 2018 is nigh, and we feel it is high time to give you some insight regarding what’s cooking within the sound-proof walls of our artistic hideout in the depths of Belgian Antwerpen. As many of you perhaps noticed, – from the distance of the internet, or intimately during one of our many shows, it’s been a terribly busy year for Fabulae Dramatis.
After fulfilling our initial plan of band-seasoning shaped in solid dozens of shows all over the country in the past year, we’ve made a small step further and focused on opening for international acts, such as UK’s Incarnadine Coven and USA’s Maension or performing at more performance or theatre-based events, such as 4Fold in Antwerpen. 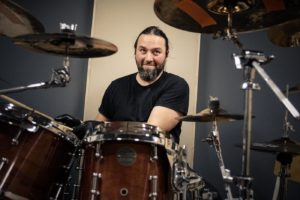 We intend to keep the tradition up further and already set a few more shows, for instance, together with Hamlet’s old mates of UK’s Spiral Key who will happen to be on a small Belgian/Netherlands tour in April. However, we feel that the project is ready for the further steps in its growing process, so we have entered a negotiation phase with different power
s in the music world, and currently our plans extend to do a few mini-tours abroad, so keep your ears peeled, Fabulae Dramatis circus might soon appear in your country or may be even in your city! 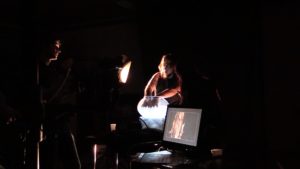 Day 1 of the making of Smoke For The Clouds’ videoclip.

On the other side of the creativity coin, a lot is happening as well. Following a curious streaming show in Mexico that featured Solar Time’s Fables previously unreleased live and studio footages, covering almost the entire album, we proceeded to work on the next music videoclip based on the song “Smoke For The Clouds (Ahuirán’s Water)”. The music video is to be shaped as an artistic short film and features a variety of guests, including a blast-from-the-past – Wesley Beernaert, who did growlings on the album and Latvian-Romanian film maker, who will take care of post-production. The video is being directed by Isabel as a part of her film-direction studies extravaganza, which she’s going through at this moment, and it promises to be in the spirit that Fabulae Dramatis is known for: imaginative, authentic and story-telling. Day 2 of the making of Smoke For The Clouds’ videoclip.

Even more curious news come from the song-writing side of our work. Yep, you guessed it right: we started working on the new album. However, the release is not to be expected anytime soon. While we might drop in a new song or two in the coming year, there are still a lot of pieces of the puzzle that need to find their places, as the album is going to be far more than merely a collection of songs. At this point we’ve had a couple of collective writing sessions and brainstorms and we’ve thought through the concept (and yes, you guessed again: it is going to be a concept album in best progressive rock/avant-garde traditions!). The themes, snippets of lyrics and designs and the big idea behind it are ready to be brought to the physical existence and we’ll be working through it in the course of the next months, although not in the rapid pace, as we’re still busy finishing the li(f)ve circle of Solar Times Fables and intend to give our current live programme at least one more year of going before crawling into a recording studio again. We are not quite ready to reveal too much details, but it is going to be based on Slavic and South-American traditions and myths set into the contemporary world and concerning such subjects as social segregation, sexual deviancy, emotional isolation and other first world problems seemed from the perspective of an outsider. Unlike on the first two albums, this time we intend to work in more cooperative fashion with the entire band involved in song-writing and arrangements.

On this positive note, we wish you all a Merry Christmas, Happy New Year and stay on your positive and creative side and hope we’ll see you soon and shake your hands in person on one of our shows in the coming 2019!

Warm wishes to you!