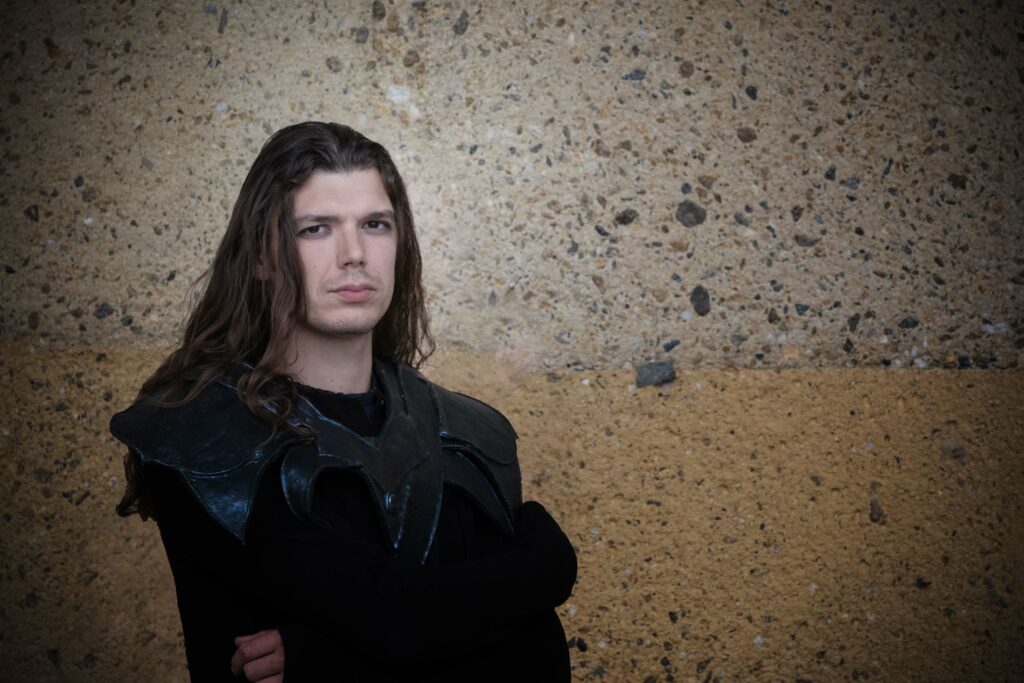 Kris was born in Wilrijk (Belgium) 1989.
He comes from a musical family lasting at least for four generations and grew up with music since he was born. Kris is guitarist and bassist. Moreover, he is also a sound engineer graduated from “Piano Fabriek”, Brussels. He works currently as a sound technician for a theater company.
Depuydt started playing guitar at the age of 12. Self-taught and learning tips and tricks from his uncle (Lejo Depuydt) and other musicians, he developed his own style of playing. Listening to a wide range of music makes him not bound to a particular genre.

His first bands where “The Kroon Allstars”, a local cover band from Antwerp which is ongoing, and “Dead Watson” (Stoner) which was his first introduction with the bass, the beginning of exploring a new instrument had started. The past years Kris played bass with bands like “OSMA Sovjet Destroyer” (experimental stoner jazzpunk improvisation), “Wendigo” (Blues/Stoner) and he gained experience with jam sessions in café Papa Jos, Antwerp.

With a one-time-project he met Teo Dimitrov, Fabulae Dramatis’ drummer. Kris got the question if he was interested in playing in a metal band which led to “Fabulae Dramatis”. One rehearsal with the band and he said: “Yes!”.  He joined the band in december 2019. A new journey started…

What he loves in the music of Fabulae Dramatis is the sometimes challenging construction of the songs and the melodic and powerful parts combined into the whole concept. The compositions are well thought over and the many instruments make the songs take an interesting twist.