Our videoclip “Smoke For The Clouds (Ahuirán’s Water) got a second nomination this month.

This time for the “Experimental, Dans & Music Film Festival” from Canada/United States of America. The event will take place on 6th August 2020. The festival occurs in two cities: At the Carlton Cinemas in downtown Toronto, Canada, and at the LA LIVE Regal Cinemas in downtown Los Angeles, USA.

We are very pleased with this second selection. Hard work gets definitely rewarded because yes, we really worked hard on this videoclip and we loved the last result! (Thanks to the KASKA filmcrew and FD Films).

Just to be selected on 2 different film festivals from two opposite sides of the globe means a lot to us! Watch the behind the scenes through this link .

What kind of festival is this one?

The goal of this festival is to showcase the best of new experimental short films and independent music videos from around the world.

We want to showcase films that showcase true originality and talent from filmmakers from every corner of the globe. And also showcase new musicians who have made a music video and want it to be shown. 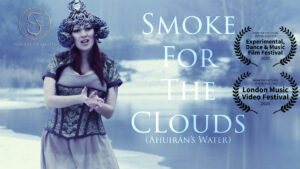