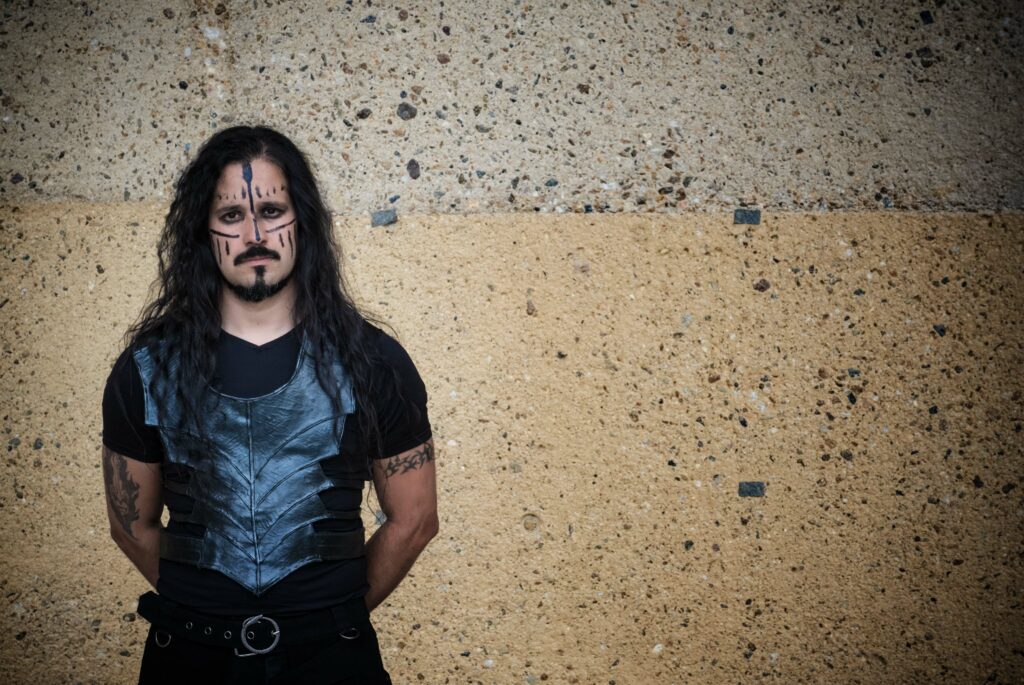 Daniel Díaz was born in Bogotá (Colombia) in the early eighties. He started to play guitar at the age of 15. His passion for music brought him to an academy for classical music and after he completed school, he continued studying music at The University of Bogotá. This armed him with the tools to form his first metal band called “Suacam Fernom”. The genre that they played was black/experimental metal.

After three years, Daniel got the opportunity to study in Spain. There, “Suacam Fernom” was revived with a new line-up. They recorded a demo and played live, but the band broke up in the end, due to personal matters. Fate brought Daniel to find new horizons in Belgium. Here, he joined “Stog” (“Seven Tongues Of God”) a metal band from the south of Belgium.

After a year and half, Daniel met Isabel Restrepo who, casually, was looking for a guitarist to collaborate on her personal project. After recording some tracks with Isabel, Daniel became an active member of Fabulae Dramatis.